ΠΟΥΛΛΑΣ ΤΣΑΔΙΩΤΗΣ ΛΙΜΙΤΕΔ was founded in 1980 by Kyriakos Antoniou, General Management and then sole shareholder of the company. Since its founding and up until 1986, the company continued upgrade the path vector alongside the Cyprus Standards to create in 1986 the quarry unit in Androlikou where it operates up until today The unit specializes in quarrying and crashing of limestone for the production of aggregates and sand.

It’s higher priority is the best possible quality of the final product according to the Cyprus and European standards in collaboration with high experienced scientists in the field of quality control. In 2001 ΠΟΥΛΛΑΣ ΤΣΑΔΙΩΤΗΣ ΛΙΜΙΤΕΔ merged with ATHINODOROU BROTHERS SUPER BETON PUBLIC COMPANY LTD
.

As a part of its expansion policy, in 2004 the company acquired “SKYRAMONT QUARRIES LIMITED”, which is located in Parekklisia and deals with quarrying and crushing of dibasic stone, thus covering 100% of the spectrum of quarry stone in Cyprus. The company maintains the central oces in Pafos that is consisted of personnel specialized on the satisfaction of the customer’s needs in order to achieve the best service based on the demands of the market.

It is distinguished by the exceptional and very strict measures that it follows as far as health and safety in the workspace, and in the continual training of its personnel. In 2004, these efforts were rewarded with the safety shield from the Mining Authority. Today it operates four units which have the potential to produce up to 5000 tons per day. 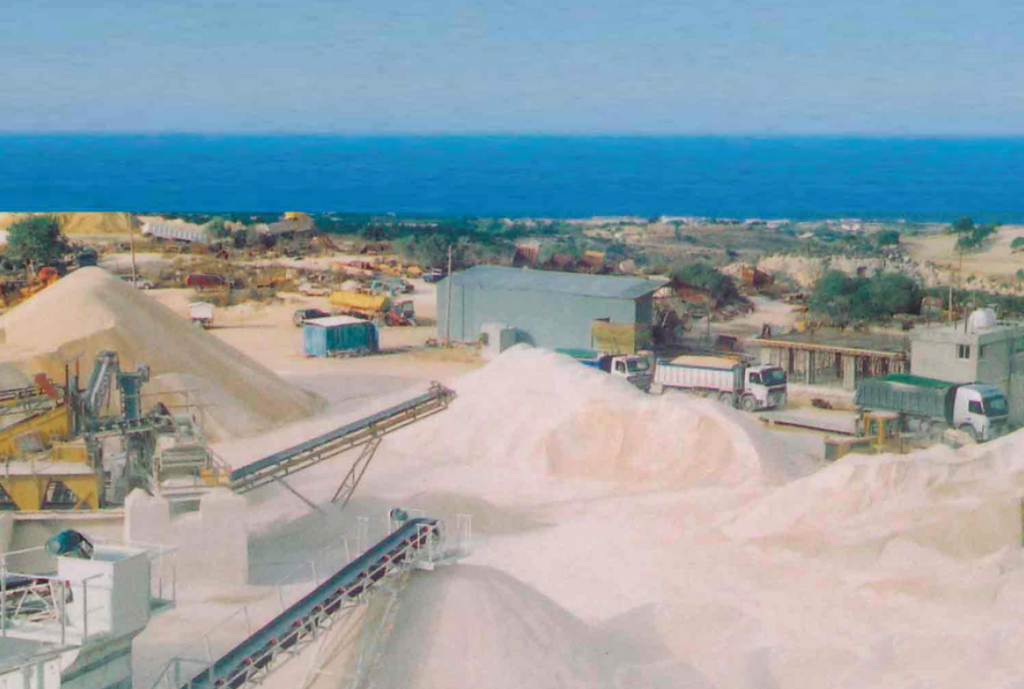